In the episode spoiler, we see Suman Dey’s character batting to get Rohini back in his life again. Is Rohini’s plan working? 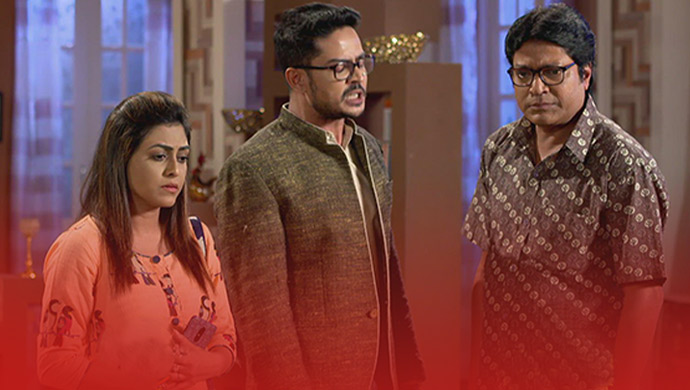 There is no lack of drama in the latest Bengali TV serial Nakshi Kantha. Since Shabnam’s (played by Manali Dey) drowning and subsequent rescue by Debdeep, she has lost her memory. Jash (played by Suman Dey), meanwhile, is heartbroken. He is an emotional wreck and has become a puppet in Rohini’s hands. Rohini is trying every trick in the book to get back in Jash’s life as his wedded wife. Jash’s mother, too supports Rohini. Now looks like Jash has made up his mind to marry Shabnam. Watch the spoiler here.

In the spoiler for the episode to be aired on November 26, 2019, we see that Jash is batting for Rohini. He tells his shocked father that every day he is taking Rohini’s help to stay alive and start afresh. So he is thinking that the relationship with Rohini that had ended, it needs to be mended again. Shocked? Well, we are as stunned as you are.

Even though Jash’s father is suspicious about Rohini and even sent Jash’s Kaka to find out about the nursing home, Care, where Rohini claimed she had admitted her mother with Swapnadip’s help, Rohini has not given up hope of getting back into Jash’s life and his house. She has taken advantage of Jash’s mental condition and ensured that he feels lost without her. So much so that Jash previously even requested her to stay back with her and not leave her alone.

Ever since she has spotted Shabnam and is somehow convinced that Shabnam is alive and Swapnadip has once again failed in his attempt to kill Shabnam, Rohini is even more desperate. She wants to get married to Jash before he can find out that Shabnam is alive. Swapnadip has also emotionally blackmailed an already vulnerable Jash, telling him how much Rohini is helping him out even in this situation, despite badmouthing by others. He even tells Jash that what if Rohini commits suicide.

Do you think Rohini’s plan will succeed? Let us know in the comments below. For more entertainment, watch Trinayani on ZEE5.