After all that he said against Shabnam in court recently, what does Jash want now? 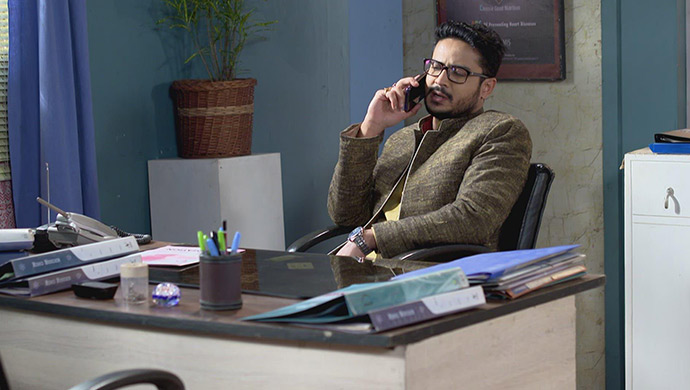 In the latest Bengali TV serial Nakshi Kantha, we are curious to find out what is going on in Jash’s (played by Suman Dey) mind. After Shabnam (played by Manali Dey) fell down and from what it looks like, possibly broke her leg, it was Jash who came to her rescue. He picked her up from the floor where she had fallen and was unable to get up and took her to the cabin. He even prescribed medicines and tied up the bandage himself. And guess what, when Debdeep (played by Indrajit Chakrabarty) came, Jash did not forget to mention specifically in front of Debdeep that he picked up Shabnam, “buke kore”.

Even though Shabnam had tried to stop Jash from picking her up in his arms, she had to eventually relent and it did seem that despite all the bad blood that has flown between them, there was still some magic left in the JashNam pair. In the latest episode, we saw that there was a war of egos and jealousy going on between Jash and Debdeep. The latter is clearly jealous that Jash is doing Shabnam’s treatment and Jash seems to be enjoying this jealousy. He seems to be intentionally poking Debdeep about the fact that he is the one treating Shabnam.

Shabnam is uncomfortable. When Debdeep’s parents find out that Jash is the one treating Shabnam, they don’t seem too happy either. However, the talks of marriage are going on and Debdeep’s father is planning to get the wedding invitation cards printed.

But even though Shabnam says that she will marry Debdeep and not change her mind, will Jash let it rest? In the spoiler for the episode to be aired on January 30, 2020, we see that Jash is calling Shabnam. A visibly uncomfortable Shabnam refuses to answer the phone, but Debdeep, when he sees who is calling, insists that he picks up. When Shabnam picks up the phone, Jash reminds her that she is supposed to get the plaster done the next day. Shabnam asks whether the orthopaedic will be there. Jash asks what if he’s not there? And then he tells her that he will do the job just fine. Shabnam says that fine, she will get it done from outside. Watch the episode below:

Are you, like us, wondering what’s going on? Stay tuned to find out.

Here’s What All Your Favourite Celebrities Did On Saraswati Puja