Nakshi Kantha Spoiler: What Is Going To Happen To Shabnam Now?

The lead character, played by Manali Dey, has been rescued. But she has lost her memory. Will Jash be able to find her? 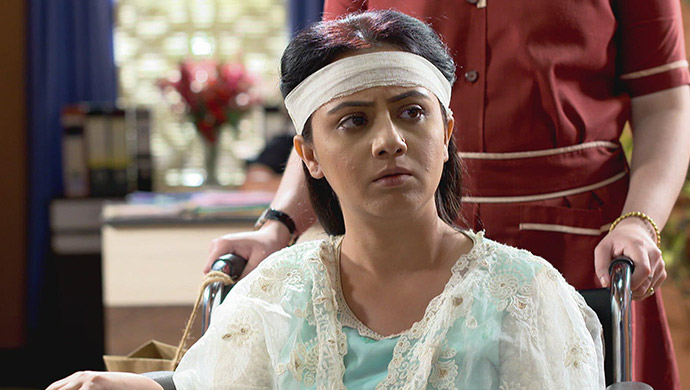 In the latest Bengali TV serial Nakshi Kantha, we saw that Jash (played by Suman Dey) and Shabnam (played by Manali Dey) finally went for their honeymoon. They went to a place called Sukhsari, a beachside town, where they drove down to. Before that, Rohini had managed to trick Jash into revealing the location of the honeymoon. Jash, who felt sorry for leaving Rohini alone, told her the destination despite being warned by his family members.

As planned, Rohini had already sent Swapnadip and there. His men, as instructed by him, went and chatted up with Jash and Shabnam who were having cha and omelette at a local shack. Pretending to be regular visitors, they convinced Jash to go to a nearby beach which is secluded. The next morning, Jash and Shabnam went to the beach. Shabnam, who loves water, was walking into the sea but before she could realise it, some of Swapnadip’s men (who were hiding under water) drowned her. In the meantime, the others were busy distracting Jash who did not see Shabnam drowning. By the time he managed to divert his attention, Shabnam was gone. Jash is obviously heartbroken and could not find Shabnam anywhere. Shabnam’s body floated to another beach where she was discovered by Debdeep, an NRI doctor who was visiting with his family.

Debdeep discovered that Shabnam had a wound on her head and without waiting for the police, drove her down Kolkata and got her admitted to the hospital. While Shabnam gained consciousness, it seemed like she lost her memory temporarily.

Nakshi Kantha: 7 High Points From The Maha Porbo That You Should Go Back And…

Nakshi Kantha: 4 Places Where Jash Can Take Shabnam To Celebrate Her Birthday

Will Jash be able to find Shabnam and reunite with her? What do you think? Let us know in the comments below. For more entertainment, watch Trinayani on ZEE5.

World TV Day: So Who Is Your Favourite Onscreen Couple?