Shabnam has got her memory back, But will she be able to reach Jash before he marries Rohini? Or will his mother, who hates Shabnam, get in the way? 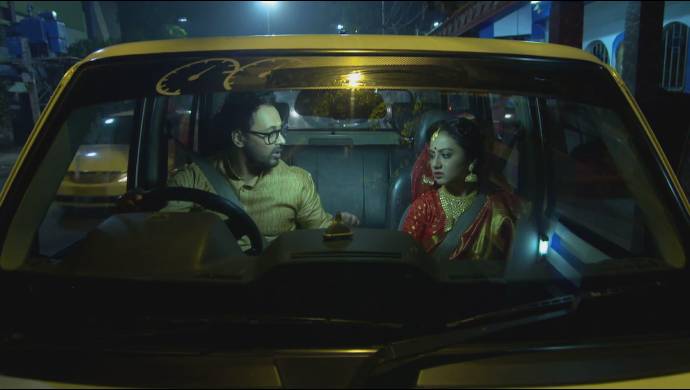 In the latest episode of the Bengali TV serial Nakshi Kantha, which was aired on December 5, 2019, we see Shabnam (played by Manali Dey) finally gets her memory back just as Debdeep is about to do the sindoor daan. The first word she utters is Jash’s (played by Suman Dey) name. Jash, in the meanwhile, is gearing up to marry Rohini, even as he can’t stop shedding tears thinking of Shabnam. However, the little twist lies in the fact that Debdeep, who is smitten by her, has barely any idea about who Jash is. He offers to help her find Jash who he perceives to be a close relative, perhaps even a brother, someone she needs to meet immediately. Watch the episode before TV, below:

Meanwhile, Jash and Rohini (played by Sneha Chatterjee Bhowmick) are about to get married but they are both a little uncertain about it. While Jash is contemplating over his present situation and recalls his moments with Shabnam, Rohini worries that if Shabnam suddenly gets her memory back, it might hamper the wedding. Little do they know that Shabnam is already on her way to meet Jash and his family. In the spur of the moment, she even tries to call Jash but he disconnects call, thinking it to be a call from a patient.

The episode ends with Shabnam finally reaching Jash’s home where she is faced by a baffled mother-in-law. What will happen now? In the spoiler for the upcoming episode, we see that she is not at all happy to see Shabnam, instead she is the one who reveals to Debdeep that Shabnam is actually her daughter-in-law. This brings up the question if Shabnam will ever make it to Jash or whether her mother-in-law will stop her from doing so?

Nakshi Kantha: 6 Moments From the 27 November, 2019 Episode That Will Set Future…

So far, Shabnam’s sudden disappearance from the family has caused distress to everyone and her sudden return might not play on her behalf. Jash’s mother wants her son to start a new life with Rohini but with Shabnam reappearing in their lives, she might have to fight a bit more.

Let us know what you about the episode in the comments section below.

Also, do check out Trinayani, streaming now on ZEE5.