Join Guddu the vegetarian lion and his band of animal friends in this new fun-filled animated series on ZEE5 Kids. Details inside! 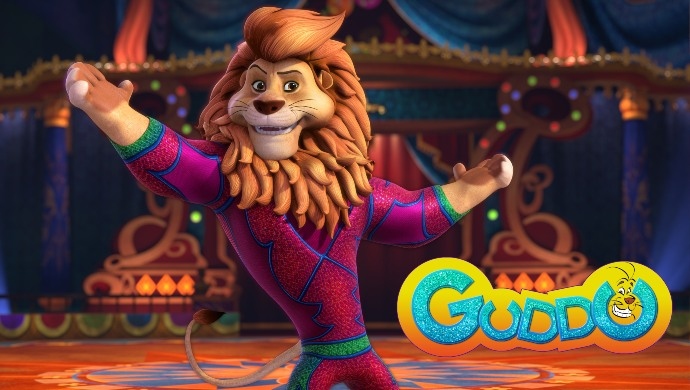 Guddu, the animated series centering around Guddu, the fun-loving and heroic lion and his troupe of friends and circus performers, is the latest to join the ever-growing list of entertaining shows on ZEE5 Kids! Streaming soon on the platform, this series is about Guddu, the titular character, who heads a circus troupe and lives in a jungle called Dhimkana Nagar.

Meanwhile, watch an episode of Vir The Robot below. In this animated show, Vir and his friends, Gintu the Jinn, the Chulbul the donkey and Imli, his classmate, unravel mysteries and fight to get out of all kinds of trouble!

Guddu, the protagonist, is one of the most unique characters you will ever come across. A multifaceted personality, he is a vegetarian lion who relishes carrots and radishes! He is fun, brave, and fiercely protective of everyone around him including his friends and everybody in the land of Dhimkar Nagar. His band of friends too are an extremely special group of animals who are ace performers and can hold anyone’s attention with their endless antics.

Veeru the rhinoceros, Chugli, Ugli and Googly, the monkeys, Ballu the elephant, Jiru the giraffe, Honey Aunty the bear, Heeru the deer calf and Bunty and Babli, the flamingos, make up Guddu’s core group of inseparable pals and circus members. They are a diverse bunch who each have a unique set of skills and personality traits, and can speak in different languages! Veeru is Haryanvi, Ballu is Punjabi, Babli is Gujarati and Chugli is Bengali, and they are all well-versed in their mother tongues. Guddu himself is a polyglot who is fluent in a mind-blowing number of languages! He is also a master at the art of rapping, and this makes for many a fun session to listen to.

While Guddu and company live in the jungle of Dhimkana Nagar, the circus he runs is based in Falana Nagar, the city, a very posh area with lots of high-rise buildings, designer bungalows, shopping malls, and all the modern amenities that a most developed place has on offer.

Billori the cat is the antagonist in the show. She is a wealthy business magnate who owns a massive construction company, and her main goal is to build as many towers as she can in the city. She may be diminutive in size, but her personality is as commanding as an entire army! Billori is constantly trying to take over the land where Guddu runs his circus, and is quick to grab every chance she can get to make life hellish for him. Her bodyguards, Bagad and Billa, are two dimwits who go around blundering and messing up anything they are told to do, much to Billori’s irritation.

The Commissioner of Police, Mr BhowBhow and Inspector Rocky seek Guddu and his friends’ assistance in solving all the cases of crime that take place in the city, and the friends oblige every time. So join Guddu the lion and his band of friends in a land where the adventure never ends, today!

How excited are you to start watching Guddu? Feel free to share your thoughts in the comment section below.