From medical thrillers to supernatural stories and blockbuster movies, here’s all that you can look forward to. 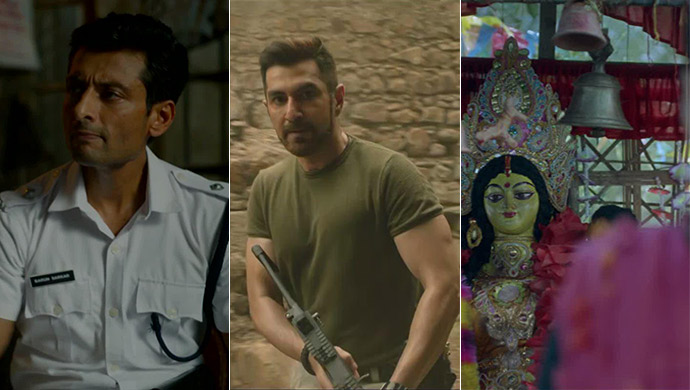 In 2019, we had a ton of shows, movies and original series to entertain you on ZEE5. From stories based on relationships (ZEE5 Original Series Bhalobashar Shohor) and fierce mothers protecting their daughters (ZEE5 Original Series Kaali) to hilarious ZEE5 Original films such as Hey Bhogoban and Shesh Mess and not to forget, your favourite TV serials like Trinayani, Rani Rashmoni and Nakshi Kantha – we got them all for you.

But as the decade comes to an end and a new month is about to begin, we have even more entertainment in store for you. January begins with #ResolutionBinge and a host of new shows and movies in almost a dozen languages.

Gear up to see Jeet team up with South hottie Shraddha Das in the Digital Premiere of Panther: Hindustan Meri Jaan on January 3. In this action-packed movie, Jeet plays Panther, one of the best RAW agents to serve our country. Watch as he faces tough situations and goes on a solo mission to stop a terrorist group from attacking Indian citizens. Check out the promo here.

January 6 will see the launch of another brand new Bengali TV serial on ZEE5. Bagh Bondi Khela is all the more interesting as it is among the first Bengali serials in which VFX will play a major role. Starring Rubel Das, who was earlier seen in Bhanumotir Khel, witness a new kind of love story filled with mystery, magic and a curse. Catch this fantasy serial based on a true legend. Set in the famous mangroves of Sunderbans, this show is both mystic and unconventional.

The Hindi Original Series Gandii Baat is up next on January 7. Up next on January 10 is Karkat Rogue, a bilingual thriller in Hindi and Bengali. It’s ZEE5’s first original medical thriller which stars ZEE5 Original film Shorshe Ilish actor Indraneil Sengupta, popular Tollywood and Bollywood actor Rajesh Sharma (Tanu Weds Manu Returns and Jhootha Kahin Ka) and Chitrangada Satarupa. The story sheds light on a forensic surgeon, who stumbles upon a secret plot involving unsanctioned drug trails, that involve innocent people. Witness the story of Beas Banerjee, as she unravels the truth.

The much-anticipated ZEE5 Original Series State of Siege 26/11 is all set to release on January 24 for some Republic Day binge watch. Watch Prime Minister Narendra Modi on Republic Day live from New Delhi. Gear up for an exciting year.