Jyeshthoputro, an intense family drama inspired by a script by late Rituparno Ghosh, was screened at the film festival in Goa. 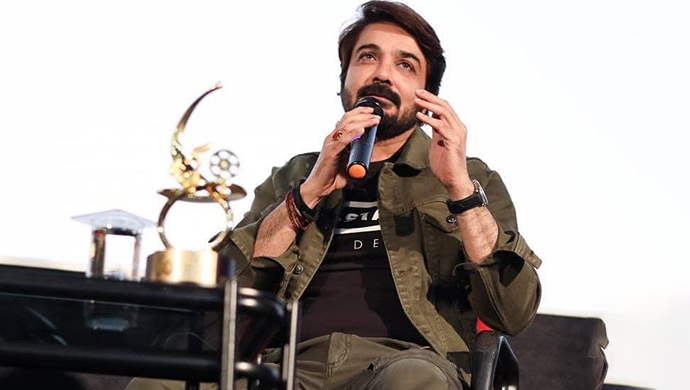 When one talks about Tollywood today, the first name that springs up on anyone’s mind is Prosenjit. Right from the late 80s when he came into the scene as a mainstream hero (not taking into account his child actor days when he has also delivered some superlative performances), he has pretty much single-handedly taken up the weight of the industry. From commercial potboilers in the late 80s and 90s to more nuanced urban movies with late Rituparno Ghosh, artsy films and decades later, Prosenjit is still going strong in Tollywood.

I will be at the Masterclass 'Nuances of Acting' at Maquinez screen 1 today at 11:00 am amd will share my experiences. The session will be moderated by Sachin Chatte..

So it’s little surprise that a powerhouse actor such as Prosenjit will be invited at International Film Festival of India (IFFI) to conduct a masterclass in acting. Not just a lecture on the ‘Nuances of acting’, Prosenjit has also taken his recent release Jyeshthoputro, a Kaushik Ganguly direction which also stars Ritwick Chakraborty in the lead, to IFFI where it is being screened. While Bengali films regularly win awards at the national and international levels, it is nevertheless a feel-good moment to see a Bengali film at the prestigious IFFI. You can watch Jyeshthoputro here:

At IFFI, Prosenjit said: “There’s a huge change in the mindset of the audience. There’s no division or differentiation between mainstream and art film actors.” And we are increasingly seeing that trend across India too where well-told stories, like that of Ayushmann Khurrana’s Dream Girl, are faring much better than superstar-driven movies which are tanking at the box office.

“There’s a huge change in the mindset of the audience. There’s no division or differentiation between mainstream and art film actors” In-Conversation on the “Nuances of Acting” at #IFFI2019 with Sachin Chatte #iffi50

Jyeshthoputro, which is directed by Kaushik Ganguly, is inspired by a script which was actually written by late Rituparno Ghosh, keeping Prosenjit in mind. It is an intense family drama where Prosenjit plays the role of a celebrity who returns home to his younger brother and sister after their father’s death. What follows is an intense family drama.

Like watching Prosenjit’s movies? Watch him in Kishore Kumar Junior for more entertainment.