Quick Recap: All You Need To Know About The Greg Chappell-Sourav Ganguly Controversy

Take a look back at the time when the Dadagiri Unlimited Season 8 host overcame one of the biggest challenges. 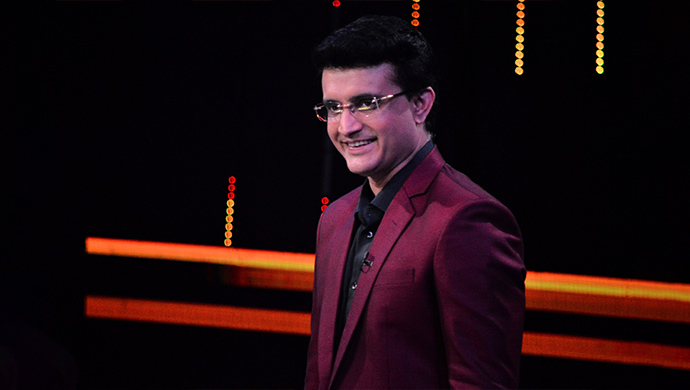 Few things have rocked Indian cricket as much as the Sourav Ganguly-Greg Chappell controversy has. If you are a fan of the Indian cricket team, you definitely would remember about the time when our favourite captain, the Prince of Calcutta — Sourav Ganguly was made to step down as the captain by then coach, Greg Chappell. The turn of events can then be counted as one of the most complicated times for the Indian team which had a really successful run under Dada.

As Sourav gets together with his former teammates in a special episode of Dadagiri Unlimited Season 8 on Sunday January 12 – Maharaja Tomare Selaam – here’s taking a quick look back at what had happened with our favourite Behala boy back then. Watch the promo of the special episode here:

In the first tourney post Chappell’s appointment, the 2005 Indian Oil Cup in Sri Lanka, Rahul Dravid was captaining the team since Sourav was serving a four-match suspension for slow over rates of the team during the 2005 India-Pakistan series. During the Sri Lanka tournament, Chappell introduced batsmen like Suresh Raina and Venugopal Rao.

While Sourav came back as captain on the tour to Zimbabwe, he entered the series having not hit a Test century for almost two years. During a warm-up game, Chappell reportedly asked Dada to step down as captain, saying that he should instead focus on his batting. Before the first Test, Chappell told Sourav that if it was left to him, he would pick Yuvraj Singh and Mohammad Kaif ahead of him. This annoyed Sourav and he decided to leave the tour. However, he was persuaded to stay back so as to not affect the morale of the team. Thereafter, there were rumours that Sourav had reportedly faked an injury during the match. Sourav apparently told the media that he was being pressurised by the team management to resign as captain and that made him even more determined about the innings. Post this, there were reports that Chappell had offered to resign. However, he denied the rumours.

However, later during the tour, Chappell sent an e-mail to the Board of Control for Cricket in India (BCCI), where he mentioned Sourav as being “mentally and physically unfit” to lead the team and that his “negative attitude” would hamper Team India’s preparation for the 2007 World Cup, among other things.

The e-mail was leaked in the media and both the coach and the captain were called for a BCCI board meeting in Mumbai and resolved to work together post meeting. In the next series against Sri Lanka, Sourav suffered from an injury and was therefore not selected for the first four games. Since the team performed well, he wasn’t added back to the team for the rest of the matches either. So Sourav was not effectively out of the ODI team and was no longer the ODI captain as well. He was not selected for the next series against South Africa either. Kolkata erupted in protest and Team India was booed in Kolkata during an ODI match.

His omission from Team India continued, creating furore and even debates in the Parliament. But gritty and hard-working Dada went back to playing domestic cricket and worked his way back to Team India based on superlative performances. He went on to play the 2007 World Cup where India didn’t go past the first stage post which Chappell was dropped as coach, ending the entire saga.

Throwback: Here’s A Quick Recap Of 5 Top Team India Moments When Dada Was…

While this was all being played out, Dada had the support of a lot of his team members, especially players like the God of Cricket, Sachin Tendulkar who spoke about the destabilising effect Chappell had on the team. Players like Harbhajan Singh and Zaheer Khan (who are a part of this special episode) batted for Dada as well along with VVS Laxman.

Do Dada, Bhajji, Laxman and Zaheer talk about it in this episode? Stay tuned to find out.

You'll Love These Photos Of Your Favourite Celebs With Their Pets