Rani Mukherjee Is Back On Dadagiri Again. This Time To Promote Her Movie Mardaani 2

Rani Mukherjee is returning for the third time on the popular reality show on December 7, where she talks about her favorite Bengali food. 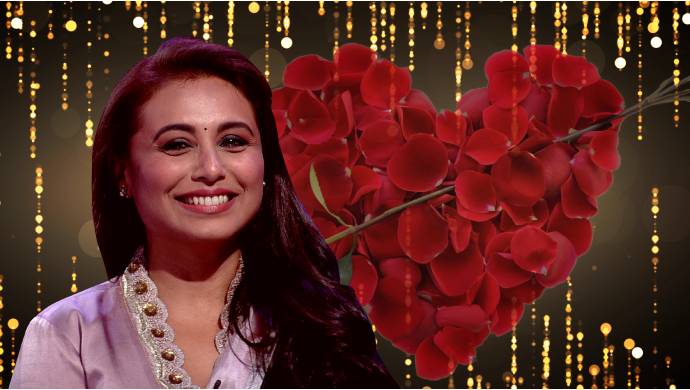 Rani Mukherjee is all set to return to the popular Zee Bangla show Dadagiri Unlimited Season 8 for the third time on December 7, 2019. The Hello Brother actor will join host Sourav Ganguly on set to promote her upcoming movie, Mardaani 2, set to be released on December 13. Resuming her character as officer  Shivani Shivaji Roy, from Mardaani, the movie will revolve around the police officer’s struggle to track down a rapist in Kota.

In the upcoming episode, the noted actor and the BCCI President will take over the stage with their subtle play of humour and some intricately hilarious moments. According to our sources, Mukherjee also joined the participants to help them with answers to the questions asked. Following the contest, the participants and the two celebrities took to a grand feast comprising the all-time favourite — phuchka, and Mukherjee immediately confessed her love for Bengali street food.

She also stated that every time she visits Kolkata, she makes sure to carry roshogolla and sandesh back home to Mumbai. Apparently, her husband, Aditya and daughter, Adira, are both pretty fond of Bengali food. Mukherjee will be joining Ganguly on the upcoming episode which is set to air on December 7. She will discuss in detail about her movie, Mardaani 2.

Travelling To Dada’s Favourite Place England? Add These Destinations To Your…

Mardaani, which was released five years ago, followed the police officer Shivani Shivaji Roy as she rescued a group of girls who were set to be traded as sex slaves. Her upcoming movie will be taking up a more contemporary issue where she will seek to hunt down a criminal who has been accused of raping young girls. The movie can be expected to be a gritty tale, led by a female protagonist.

Are you tuning in for the show on ZEE5? Let us know in the comment section below.

Also check out the popular TV serial Netaji on ZEE5.

Watch The Biopic Based On The Indian Maradona Krishanu Dey, Krishanu Krishanu, Streaming Now On ZEE5

Nakshi Kantha: 5 Power-Packed Moments From The 6 December 2019 Episode To Watch Out For