REVIEW: Kaali 2 Is A Riveting Watch That Is Several Times More Thrilling Than Season 1

The new season of this epic ZEE5 Original series will leave you gasping in awe, and wanting more! 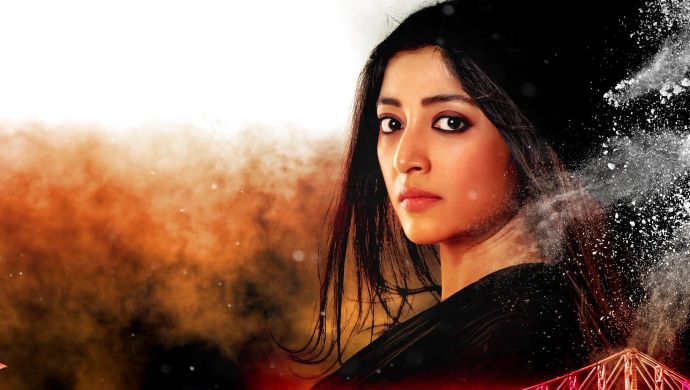 An ordinary woman who pulls out all stops to save her ailing son. Corrupt police officers, menacing drug lords, a mother’s fiercely undying love, and non-stop action — that’s the latest ZEE5 Original Kaali 2 for you. A banger of a second season that follows the first and outdoes itself, Kaali 2 — starring Paoli Dam, Chandan Roy Sanyal, Abhishek Banerjee and Vidya Malavade in the lead roles — offers us triple the drama, emotion and action than even the first season!

Kaali 2 plays out over a highly charged set of eight episodes, each named after a challenging circumstance that Goddess Kali battles to prevail over, such as Agyaata– The Exile, and Sankata– The Crisis. Packed with action from the word ‘go’, there is not a moment of lull in this fast-paced nail-biter of a thriller. Even the intro, with its glitchy visuals, catchy beat and a modern electronic vibe fused with dark undertones that emphasise the seedy underbelly of Kolkata, will draw you in instantly.

Paoli, who plays the titular protagonist Kaali, does a phenomenal job of depicting the struggles and sheer extreme situation that she finds herself in as a single mother who races against time in order to save her only son. Sunny, her son, has met with a life-threatening accident and to be able to live, requires a surgery that costs a bomb. Kaali, an honest and hard-working masseuse, is up against all odds to scrounge up the enormous sum of money which her salary will definitely not provide. This is how she comes to find herself striking deals with the most fearsome drug lords in the underworld and risking her own neck and safety, all for her son to live normally once again.

Abhishek, who plays the dangerous criminal Shona aka Jing Liang, is another highlight of the new season. He instills pure terror into us all with his eerily cold composure that hangs thinly veiled over a reckless mania, threatening to combust at any moment! We have seen him in Mirzapur and Paatal Lok, and he pulls off playing a terrifying villain with signature finesse, yet again in Kaali 2.

Chandan too, cannot be given a miss in mention when it comes to playing a seasoned gangster. So what if he’s on a wheelchair for the role of Swapan, another formidable underworld don and Jing Liang’s sworn enemy? He shows no sign of weakness at any point, and is a master manipulator of a drug kingpin.

The addition of Chak De India actor Vidya Malavade as Officer Manvi Gupta too, did wonders for the new season. Determined, highly capable and practical, Manvi Gupta makes a worthy match for Kaali. With so many factors working against her, how on earth does Kaali manage to survive, let alone beat the odds? Her sharp mind, lithe physique and above all, a sense of extreme desperation and staunch resolution drives her, and Paoli displays all of these characteristics with superlative skill.

Indeed, the music also goes a long way in steadily building up an atmosphere of chilling foreboding, emotions meeting their peak, and fast-paced action sequences in Kaali 2 with the brilliant background scoring by Nabarun Bose. With its engrossing plot and highly charged drama, the latest season of Kaali is entertainment unadulterated throughout and will go by only too quickly for your liking!

Have you watched Kaali 2 yet? Tell us what you thought in the comments below!

Anthem Of The Brave: Check Out The Awesome Theme Song For Kaali 2 Which Has Just…

Watch Kidnap, An Action Packed Romance With Dev And Rukmini Maitra, On ZEE5.