Review: Karkat Rogue Manages To Hold On To The Thrill Till The Very End

The hunt for the truth comes to an end in Episode 8, The Resolution. Details inside. 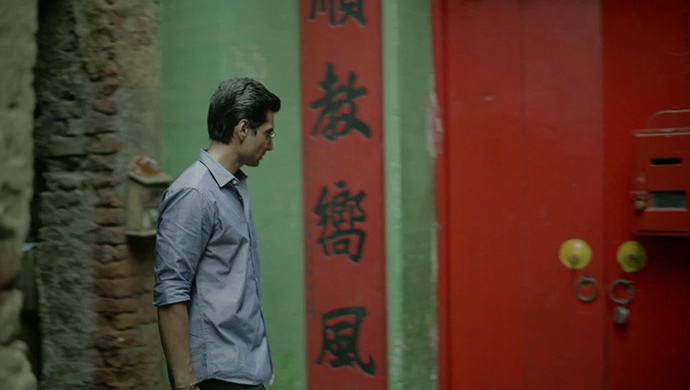 A first-of-its-kind medical thriller, the ZEE5 Original Series Karkat Rogue has managed to keep us hooked throughout the eight episodes. Starring Chitrangada Satarupa, Indraneil Sengupta and Rajesh Sharma in the lead roles, Karkat Rogue turned out to be quite a thriller. We read about the mystery building up in the first seven episodes, but what happens in the last – The Resolution? Watch it here:

In Episode 7, we saw that Beas (played by Chitrangada Satarupa) and Ravikant (played by Rajesh Sharma) were coming close to finding the actual source of the illegal drug trials. However, Ravikant was shot dead by assassins.

When they find out about Ravikant’s death, Saikat, Beas’ boyfriend, is worried about her too. He asks Beas to be careful and also reminds her about his early warning to not be involved in this issue. Beas feels sad for the death of Ravikant and blames herself for his death. Despite others telling her it’s not her fault, she vows to solve this mystery.

In Episode 7, Beas and her boyfriend had come across a dead body in the beach. Beas requests the autopsy surgeon of the local hospital, Indranil, to check if the patient had lymphoma. When she meets him, the doctor confirms her suspicions and sends blood samples just like she had requested. He also informs her about a mysterious medical band that was found on the dead person, which she borrows.

Meanwhile, Dr Sengupta is called to the Kolkata office of the All India Medical Council (AIMC) to meet the head, Nivedita Roy, and other top officials of the Drug Control Board. He is questioned about his meeting with the head of AIMC Delhi, Mr Joshi. Dr Sengupta says that the meeting was not related to the drug trial. Nivedita butts in and informs the members that the drug will be launched soon. Parallelly, Beas, Saikat and Rwik come to learn that the patient had run away from a local facility in Tajpur. Beas and Saikat visit the facility and talk to the patients there. They find out that the same trial is happening even here. She informs Barun about all these new findings. Meanwhile, the assassins get an order to kill Beas. They reach Tajpur to kill Beas and Saikat. The scene shifts to the medical conference held by Dr Chopra who is all set to release the faulty medicine to the public. Will he succeed? Will Beas be able to stop him? Or will she be killed too? Watch it now to find out what happens.

As so many questions pop up in our head, the climax makes sure to answer everything in detail. This ZEE5 Original series brings out a new and unique thriller experience which captivates and compels you to keep watching. Karkat Rogue has the right mix of emotions and mystery which keeps you wondering about what happens next. Chitrangada perfectly captures the essence of a person who would go to great lengths for the truth and the right thing. This makes us support her throughout her pursuit of truth. The director also manages to ensure that the tight pace of the story remains intact throughout the episodes.

Did you like Karkat Rogue? Let us know in the comments section below.

In The Mood For Some More Thrills? Watch Drishtikone Starring Prosenjit And Rituparna Sengupta On ZEE5

Here’s What All Your Favourite Celebrities Did On Saraswati Puja

Valentine’s Day Special: 5 Reel Couples Who We Are Totally In Love With Right Now