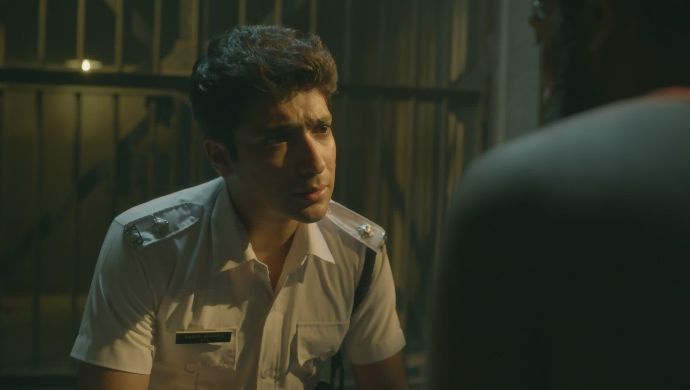 The crime thriller Lalbazaar is the latest ZEE5 Original series on the platform to be creating quite a stir across the nation! With an extensive cast of talented actors including Gaurav Chakrabarty, Sabyasachi Chakraborty, Kaushik Sen, Sauraseni Maitra, Hrishitaa Bhatt, and Ronjini Chakraborty, the series directed by Sayantan Ghosal is based on the plethora of criminal cases that the homicide department of Kolkata Police deal with regularly. (Lalbazaar is the name of the location in the city where the Kolkata Police’s headquarters are based).

Lalbazaar depicts the seedy and amoral side of the city rife with filth and treachery alongside the courageous law enforcers that work to override this, as well as the section that overlaps both of these! (Think climactic plot twists and a level of corruption and rot at even the highest levels of justice — something that is unfortunately far from being rare in real life too). On one hand, we have a ‘city of crime.’ On the other, we have those that work tirelessly to make it the ‘city of joy’, as Kolkata is fondly remembered.

The series takes off with the gruesome murder of a pregnant sex worker that even the madam (Swagata Mukherjee) tries to hush up as a suicide. Somewhere else, the carefully-disembowelled innards of an old woman are shoved inside a bag and dumped by a river, where they are found. Thus, two main plot lines emerge that prove pivotal to the story. Singham actor Ajay Devgn narrates the story, which makes it all the more effective!

Lalbazaar continues to be a hardcore and extremely gripping ride throughout. At the same time, we get a glimpse into the psyches of our heroic police officers, which shows us how vulnerable they can also be despite handling the worst dangers on the daily — a hazard of the job. Indeed, our police officers are not gods, and we are reminded of this stark truth several times over in the series. Keeping their professional and personal lives separate proves to be a challenge, as one often bleeds into the other quite invasively. One such instance is when O.C. Sabir (Gaurav Chakrabarty), an honest and hard working cop, is threatened by the criminals that are behind the case that he is investigating. His daughter Sana gets kidnapped and his pregnant wife (Sayantani Guhathakurta) is beside herself with panic, regretting her decision to settle down with a policeman for a husband.

A few other crimes occur parallel to the central storyline as sub-plots, and get interwoven into it. Some of these even offer comic relief from time to time (however dark), such as one bizarre murder where the choice of weapon is a pair of panties that have mysteriously found its way into the victim’s mouth — giving way to plenty of crude jokes by the public and a sort of righteous and misplaced anger at all women!

Kaushik Sen does a marvellous job of playing the role of Inspector Suranjan Sen, a senior official that has seen his share of suffering and loss in his heyday. Officer Mira Dasgupta (Sauraseni Maitra) is a much younger member of the team and initially, she is of the impression that he does not like to pass on the tougher cases to the women officers because he is sexist. However, this changes after she puts herself in an gutsy, life-threatening situation. Mira undertakes an operation to bust a racket trafficking innocent young girls under the guise of being a children’s home. She manages to come out unscathed, but learns why Suranjan Sir is so protective of his juniors.

All in all, you need to watch Lalbazaar particularly if you relish sinister and intensely thrilling crime dramas that will make your hair stand on end! A superb series with brilliant performances across the cast as well as impeccable execution by the producers, Lalbazaar is sure to keep you absorbed throughout the hours that you binge-watch it entirely (and trust us, you will), so go into it prepared!

Have you watched Lalbazaar yet? Tell us what you thought in the comments below!

EXCLUSIVE: It Was Great Working With Devlina For The First Time, Says Gourab…

World Yoga Day: 5 Interesting Facts About The Practice That You Will Enjoy…

For more entertainment, watch Shesh Mess, a Bengali drama set in the future, only on ZEE5.

These Hilarious Memes Based On Popular Bengali Serials Are Sure To Make Your Day!