In the episode The Cop and the Autopsy Surgeon, the suspense factor is well balanced. Read more. 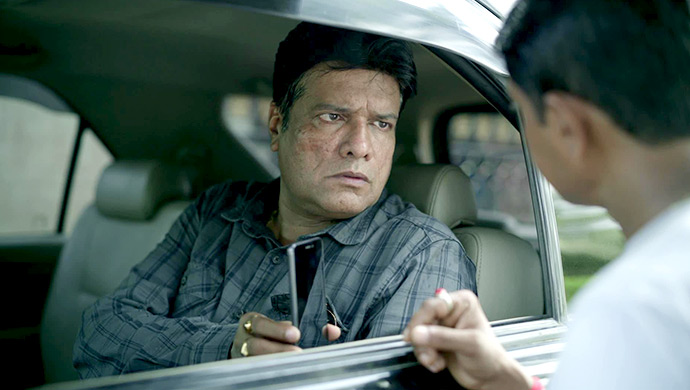 The latest ZEE5 Original Series Karkat Rogue is a seemingly interesting watch. Starring actors like Chitrangada Satarupa, Indraneil Sengupta, Rajesh Sharma and Jayant Kripalani in the lead roles, this medical thriller is opening up its many layers bit by bit. The second episode, The Cop and the Autopsy Surgeon, unravelled a great deal of mystery.

In the pilot episode, The Struggle of a Woman, we were introduced to the lead characters – Dr Beas Banerjee, a cancer survivor herself and Inspector Barun Sarkar who are shown dealing with their own sets of problems. Beas, who is an autopsy surgeon is suffering from cancer. She tries to accept her disease. Barun is stumped as he tries solving the recent murders happening in the city. While the story progress towards a murder case, Beas discusses it with Barun and takes him to the autopsy room. The episode is well balanced as it flashes between the current scene and the other scene where Barun investigates a missing report. The DoP’s magic is clearly visible in these scenes.

The story moves to Ravikant Agarwal, a character played by the well-known actor Rajesh Sharma who tries to find out the truth behind his wife’s murder in his own way. He takes the law in his hands. His pursuit of finding the truth is well portrayed by the actor. The way the series brings in the different elements slowly to add justice to the story is very interesting.

The episode holds the suspense factor through and through while making sure to justify the thrill to the audience and the story.

For more entertainment, watch the next episode of Karkat Rogue — The Drug Trial — on ZEE5.