REVIEW: ZEE5 Original Film Ekchakra Is A Thrilling Watch That Should Be On Your List

Starring Priyanka Rati Pal as a fearless police office, we tell you why you should add this latest Bengali film to your watchlist. 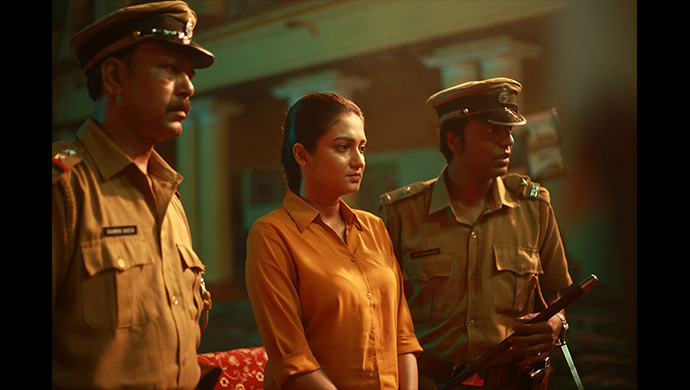 A village that is overshadowed by gloom. A police officer who has been sent on a mission. A little girl who has lost her parents. A menacing villain who operates under the garb of a priest. In a nutshell, that is ZEE5 Original film Ekchakra for you. The latest Bengali film, which released on October 20, stars Priyanka Rati Pal, Indrasish Roy, Sugato Roy, Garima Ghosh, Jayanta Biswas, Atmadeep Ghosh, Pradip Khnara and Koushik Goshwami.

Honest police officer Zoya Rahman (played by Priyanka) gets transferred to a village called Ekchakra. The village is not for women, she is warned by an ageing schoolteacher who keeps a count of the number of school dropouts. A little girl who has lost her parents, comes to live with her. In the apparent calm of the village, she comes across an old classmate who once harboured a crush on her (played by Indrasish). He is working as a reporter in the village. Zoya can sense there’s something wrong going on the village, but she doesn’t get straight answers even from her fellow policemen. The village is such that even dead bodies are burnt and disposed off before they can be sent for post mortem.

The village teacher’s behaviour is what alerts Zoya. One day, he comes looking for the little girl who is working in Zoya’s house. The reason? She didn’t turn up at school that day. He later tells Zoya the number of girls who have gone missing from the village over the years. It takes him a while to tell Zoya the story of Bok (Bokrakkosh from The Mahabharata) who has come to the village. It is none other than the Thakurmoshai (played by Sugato). Zoya wants to move in and take action but her seniors ask her to wait till they have solid evidence.

But when her friend is attacked, Zoya loses calm and barges into Thakurmoshai’s house and threatens him. In retaliation, he kidnaps her and gives her the ultimatum to leave the village or lose the girl. Zoya pretends to go back to Kolkata but decides to come back. Will she be able to save the villagers from Thakurmoshai’s clutches?

Birthday Special: 4 Movies For You To Watch If You Can’t Get Enough Of Abir…

With women trafficking as its backstory, the movie manages to keep us hooked, riding on the back of edgy performances by Priyanka and Sugato. Priyanka’s Zoya is a tough woman, who despite major setbacks in her personal life, performs her professional duties commendably. Sugato’s Thakurmoshai matches the level of evil excellently. Indrasish and others play a good supporting role. The film deals with a serious issue without making it preachy. The cinematography and background music add to the sombre atmosphere prevalent in the movie. Put this in your weekend watch list.

Kali Pujo Special: 3 Amazing Desserts You Can Treat Your Guests To For Some Mishti Mukh