The actor, who plays the role of Shabnam in the popular TV serial Nakshi Kantha, chats with ZEE5. Read details. 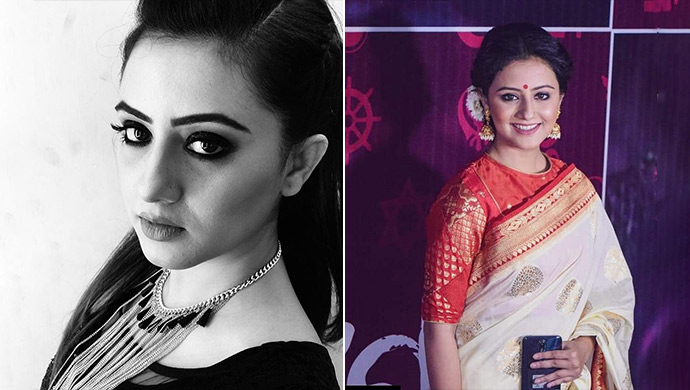 In the latest Bengali TV serial Nakshi Kantha, actor Manali Dey plays the role of Shabnam. Much-loved by the audience, Nakshi Kantha recently completed 300 episodes. Right now, Shabnam, even though she still loves Jash (played by Suman Dey), is all set to marry Debdeep (played by Indrajit Chakraborty) who had rescued her from the beach where she was washed ashore, unconscious after Rohini and Swapnadip‘s men tried to kill her. Even though Jash loves her too — in the recent episode we saw him telling Rohini that he is staying with her so that she doesn’t harm Shabnam anymore – he is letting her go away because he wants her to stay safe and sound. Watch the latest episode below.

As the drama heats up in Nakshi Kantha, we caught up with Shabnam aka Manali Dey in between her hectic shooting schedule. She spoke to us about playing Shabnam, her likes and dislikes, getting all that love from fans and more. Scroll down to read on edited excerpts from the first part of a two-part interview.

Q. How does it feel to play Shabnam in Nakshi Kantha?

A. Debdip is so good, people are liking our s=erial, liking Shabnam… so from that perspective you feel like giving a good performance. When people keep saying positive things, you will notice that you seem to love your work more and feel like doing something better. And that’s how we spent 1.5 years with Nakshi Kantha.

Q. What is the most challenging part about playing Shabnam?

A. Initially if you see the story, it’s a Muslim character. So far, I have never played such a character, someone with such a personality, a Muslim character, the culture is completely different… So that’s why I found it to be completely new when I started out. Also, with Nakshi Kantha I made a comeback to the small screen. So, it was all very exciting for me.

Q. What is the best part about playing Shabnam?

A. Shabnam is not complete without Jash. We show the struggles of lead characters and how they get success. In the case of Shabnam, no matter what happens, people want to see Jash and Shabnam together. I don’t think Shabnam would ever have been Shabnam without Joshojeet’s character by her side.

Q. Are you aware that like Deepveer, you are being called JashNam?

A. Yes I am aware. In fact I saw in our fan group, fans have built a garden and are calling it ‘Jashnam’. I found it very nice that people are loving an onscreen couple so much. If a character is not successful, this will not happen.

A. I think others will be able to say that the best. Definitely, till the moment I work, I try to work in the midst of laughter and happiness. I try to not solve problems by shouting. There is a term in Bangla — ghor jalani por bholani – you can say I am a bit like that. No matter what happens I keep it at home. As for the rest, my friends will be able to say better.

Q. What are your favourite moments in Nakshi Kantha so far?

A. There are a lot, starting from Day 1. I would definitely like to talk about the Durga Puja moments with which the serial started. There it was shown that Shabnam, despite being a Muslim girl, is participating in these cultural rituals and doing boron. She is doing the boron her way. In these times especially, I think that it portrays a message. Generally people forget moments in serials, but this is the moment I loved the most.

Stay tuned for the rest of the interview.

#2XTheLove: These Jash-Shabnam Photos Are Making Us Miss Their Pair

Watch Phirki, The Latest Bengali TV Serials That Challenges The Stereotypes Of Society

NAKSHI KANTHA EPISODE SPOILER: Shabnam Gets Ready For The Wedding