Don't let the lockdown weigh you down! Make the most of more time with your kids, just like actor Rannvijay Singha and his daughter Kainaat. 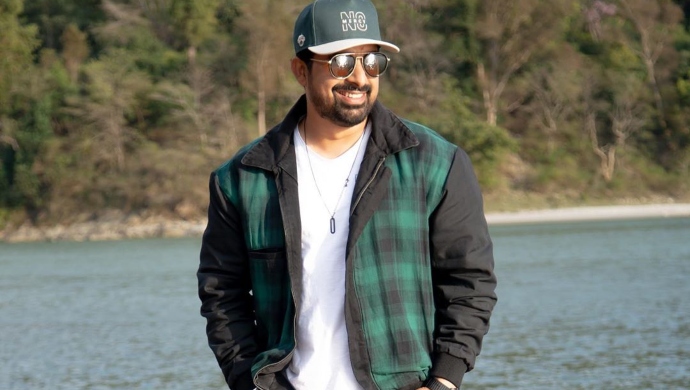 This one is for all the young parents out there who are isolating at home over the lockdown with their dear little children! One of the silver linings of this period (apart from staying safe from the epidemic), is that we get to spend much more quality time with our angels at home than we would otherwise normally do. In light of this positive aspect, we at ZEE5 Kids invite all of  you to share your #BachFUNMoment with us! It could be a video or story of you doing a fun activity together, such as eating, playing, or anything at all that helps you bond with your little ones.

You can watch Fish School, the animated film about Peewee the fish, and his adventures in the piscine school he attends, with your kids here:

Today, we got Rannvijay Singha, the famous actor, television personality, and VJ to share his #BachFUNMoment with us. Ranvijay is known by everyone for his appearance in MTV Roadies, which he had previously won, and then joined as a host. He made his acting debut in Bollywood with the film Toss: A Film of Destiny, and has since starred in movies like London Dreams and Action Replayy. He has also acted in the Punjabi film Dharti.

Rannvijay Singha is married to wife Priyanka Vohra, and they have a daughter called Kainaat. Check out Ranvijay’s #BachFUNMoment which he has shared on his social media page, right here!

The duo enjoy doing a series of fitness exercises led by Rannvijay in the video, which Kainaat is clearly only too happy to participate in! Flushed with joy from the workout (and mainly the fact that they are spending time with each other), the father-daughter pair look like they cannot get enough of doing burpees, toe-touching, and cycling exercises.

It definitely goes to show that no bonding session like this need call for equipment, heavy weights, or any such tall demands. All you need is a little bit of time, which pays off far more! Kainaat and Ranvijay are really glowing with happiness in their #BachFUNMoment, and we love it! Not only do they benefit from improving their physical fitness, the best part is that they feel great by doing this together, and then get to share it with the world! What does your #BachFUNMoment look like? Be sure to share it with us today!

Did you enjoy Rannvijay Singha’s #BachFUNMoment with his daughter? Do let us know what you thought in the comment section below!

4 Movies Starring Lillete Dubey, The Evergreen Actor From The Film…

Top Of The Charts: 11 Favourite Movies Streaming Now That You’ll Want To…

Watch Chaya O Chhobi, an intriguing film on ZEE5 where the lead actress of a movie that is being shot mysteriously disappears.