Sourav Ganguly Fans, Here’s Your Chance To Do A Quick Recap Of Dada’s Life On ZEE5 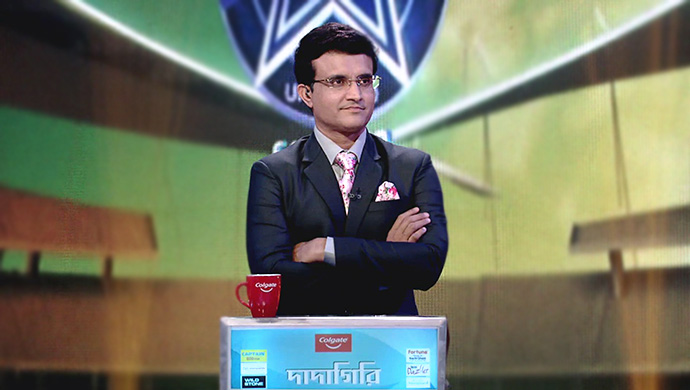 Sourav Ganguly, the Prince of Kolkata, needs no introduction. His bravery, sportsmanship and leadership skills are always worth praising. Dada, who is also the host of the famous game show – Dadagiri Unlimited Season 8, is a multi-faceted performer. His show, Dadagiri, is one of the most memorable Bangla quiz shows. The former Indian cricket team captain has been hosting the game show that has always kept the audience glued to their TV screens. But did you know that apart from watching Dada on the game show, you can also do a quick recap of his life on ZEE5? Yes, check out the docudrama, The Warrior Prince: Sourav Ganguly, to know more about Dada.

The BCCI chairman, who is known for his innovative ideas, has been a source of motivation for many cricketers. He as captain of Team India, was responsible for shaping the next generation of sportsmen. From introducing M.S. Dhoni to helping Virender Sehwag become the player that he is today, Dada made many contributions to the Indian team. With the whole game under his helm now, the future of Indian cricket looks bright and positive. While we get to see a lot about his life, we get to learn more about the struggles and hurdles he faced.

With a voice-over by the Shehenshah of Bollywood Amitabh Bachchan, the docu-drama shows the epic journey of the most inspiring cricketer in the history of Indian cricket. Check it out now.

When I First Came To Shoot For Dadagiri, I Thought They Would Get Rid Of Me:…

Raima Sen Is Holidaying In The Andamans. Check Out The Pics Here!