You’ll always find the Rani Rashmoni star batting for the environment. These posts are proof. 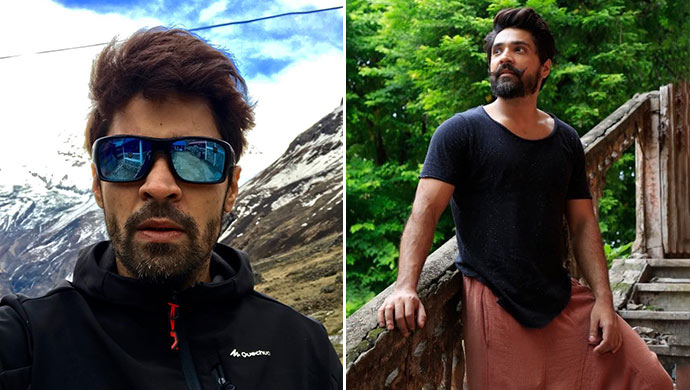 In the latest Bengali TV serial Rani Rashmoni, actor Gourab Chatterjee plays the role of Mathurbabu, the son-in-law of the popular historical figure who built the Dakshineswar Temple. Apart from acting, Gourab is also passionate about a few causes – the environment is one among them. The actor is a eco warrior and if you follow him on social media, you will always find him posting about the environment and the damages that we humans are doing to it. So how about you take some Monday motivation from Gourab and become a climate crusader too? We got you some of Gourab’s posts which will inspire you. Scroll down.

This video posted by the star speaks of the damage we as humans are doing to this planet. The two-minute video goes on to list the horrifying things done throughout the world which damage the eco-system.

He shows the example of the Pakistan prime minister, Imran Khan taking ownership of the environment in the country. How they came up with a plan to save mother nature in their country is truly commendable. Praising this action, the actor writes, “Realising the real problem, the basic, and acting upon it is what makes.”

This video talks about the recent bushfire in Australia that caused havoc and claimed the lives of over a billion animals. Many animals were brutally killed in the fire, which was the eventual result of the massive global warming we, humans, are causing through the years.

Gourab has openly spoken about the bad air condition in Kolkata. He posted this screenshot which shows that the air quality is hazardous He wrote: “It’s high time we act upon it.”

While talking about all these incidents, Gourab also mentioned about the good things happening around. He posted this small clip from a documentary which shows how drones were used to plant trees. A notable effort indeed.

The Rani Rashmoni star posted this video, which shows the success story of three countries which managed to bring down their plastic waste. The use of plastic, which causes severe damage to the environment, must be stopped and this video speaks about this clearly.

This video is about the Ghazipur dumps which have been a major concern for the locals of New Delhi. The video goes on to speak of the damage it has been causing to the whole city and why action is required.

Gourab reposted this video from the Instagram account of eco warrior and actor Leonardo DiCaprio. This biodiversity report made by the United Nations, which is shown in this video captures the different species that have been harmed by human interference and wrongdoings.

Monday Motivation: Learn How To Do Split Squats Like Actor Arjun Chakrabarty

Monday Motivation: Here Are 5 Quotes That Will Help You Kick Start Your Week

Watch All Episodes Of The No. 1 Bengali TV Serial Trinayani On ZEE5