The Subject Was Something We Were Looking Forward To: Director Duo Abhijit, Sudeshna

Abhijit Guha and Sudeshna Roy open up about the kissing scene, casting and more in Bhalobashar Shohor – Kolkatar Kobitara. 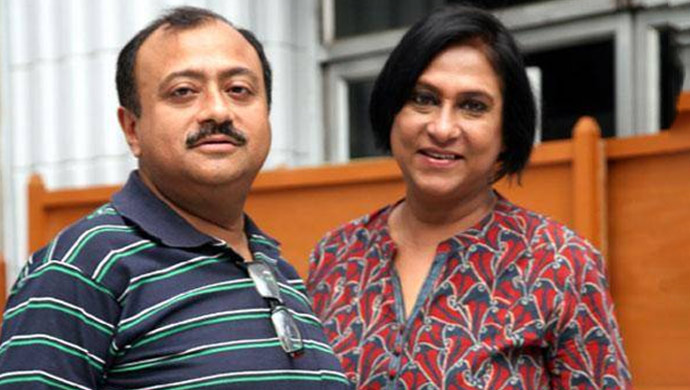 A love story with a beautiful twist. That’s what ZEE5 Original film Bhalobashar Shohor – Kolkatar Kobitara is all about. Starring Gourab Chatterjee, Saurav Das and Ishaa Saha, it is a beautiful relationship drama set in a conservative north Kolkata household. We caught up with the director dup Abhijit Guha and Sudeshna Roy to know all about the film. Here’s what they had to say.

A. Sudeshna: The story was given to us and Rohan Ghosh gave us the script. When we got it, we were very happy because we believed in the story. We have had several experiences of people from the same sex who are in love and we have seen that they are no different from those of us who are heterosexuals. So a film on this subject was something we were looking forward to. We enjoyed doing it. We put in little bits of our experiences in life and I think Kolkatar Kobitara was close to our heart.

Q. How did you decide on the cast?

A. Sudeshna: Isha is someone we have watched in several films. The last was in a film called Sweater where we worked with her. She has that girl-next-door kind of look. The story is about a conservative family. This is a transition period we are going through now. There are people who have Western education but live in very conservative houses. Yet they are breaking shackles. Both Saurav and Gourab are actors who have done a lot of work in television, some in films and they were very open.

The usual concept about gays is that they have to be slightly effeminate. That’s not true. Both these guys have both characteristics in them. They can look very macho as you saw when Ishaa was looking at Gourab when he was changing…that was one of the reasons. We didn’t want anybody who would give the game away. Most people who are gay, they are not always effeminate. That’s a very wrong assumption. Usually people think that aggressive women are lesbians, but that’s not always correct. Likewise, macho guys can also be gay.

A. Sudeshna: I know, I know (laughs)! He is very popular as Mathurbabu.

Getting A Lot Of Mails From Rani Rashmoni Fans For Bhalobashar Shohor: Gourab…

Don’t Have Inhibitions. Once The Camera Is On, I Can Do Anything, Says…

Q. Did you think there would be any clash in casting him as a gay character?

A. Sudeshna: No, I don’t think so. Neither Abhijit nor I had a problem.

Abhijit: Being an actor, he should do different kinds of characters. That’s the challenge of an actor.

Sudeshna: One of the things that I admire about Gourab is that he comes from an illustrious acting family. He comes from a family of a legend in Bengal and yet he has made it on his own. He has an acting pattern that’s all his own. He does not have any traces of his grandfather (matinee idol Uttam Kumar). He is an actor in his own right.

Q. Do you think Bengali audiences are ready for a subject like this?

A. Abhijit: Films like Nagar Kirtan have done very well at the box office. Even Arekti Premer Golpo. In Bengali, these types of subjects have come and have been appreciated by the audience.

Sudeshna: I think the audience, if not relate to it, at least understand the problems. Because the Bengali audience, especially the urban audience, they are very open. Bengal has always been open in that sense.

Q. Suppose you were doing this as a full-length feature film, is there anything that you would have done differently?

A. Abhijit: There are a lot of untold ends in the film. In a feature film, you can extend and get into the subtext more deeply. Not just the romance, the decay of the old family, how they want to cling on to old values which are redundant…. Yet there are strong values which the grandmother has.

Sudeshna: It’s not like we are against values. We want them to stay but they need to mould with the times. You can’t just say mobile phones are bad for children so scrap them. No, teach them what is bad about mobiles.

Q. Saurav said that Ranada was a little shy…

A. Abhijit: I was not feeling shy. Whatever they have done, I am really thrilled.

Sudeshna: What happened is, men usually find it difficult to explain love scenes and some are too keen. Rana is somewhere in between. I sometimes am more graphic and that might embarrass my actors, but they get used to it.

Q. Any special instructions to the actors before you started shooting for the film?

A. Sudeshna: One of the things we said is to not give the game away. Because with a lot of people who are gay, you never know. I didn’t want them to be effeminate at all. There are lots of very handsome, macho, manly men who prefer other men. This is just a sexual preference. We talked about this. We did a lot of soul searching about relationships like these. So, it was kind of opening up. And the two boys were very open. The kissing scene, they did it really well. Initially I was instructing them. But after a while I didn’t have to, we just shot.

A. We do varied kinds of work. We are doing a film called Between Raindrops which is about two generations and a doctor patient relationship. It is being showcased at the Kolkata International Film Festival. What we do is we write a script and then go about it. We are writing one on boys in a remand home.

Prosenjit And Rituparna Sengupta Define Love And Relationships In The Sueprhit Movie Praktan. Watch It On ZEE5