From dressing up as Santa to visiting Park Street, actor Neel Bhattacharya is making us want to celebrate already. 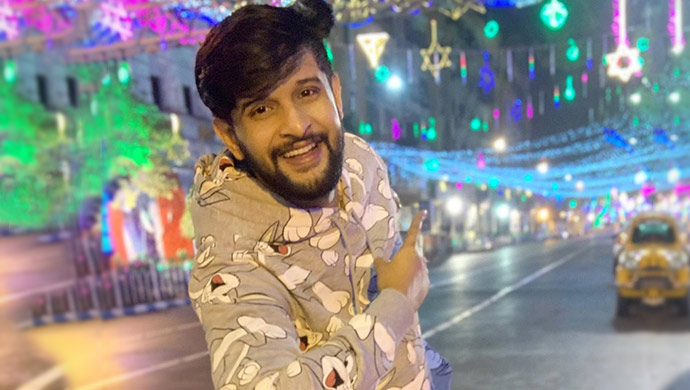 The Christmas season is back. With fairy lights around neighbourhoods and Park Street in Kolkata all geared up with a carnival, Christmas trees all around, grand decorations, West Bengal is all set to celebrate yet another festival. With Christmas just a few hours away, many of our beloved actors are gearing up to celebrate the special occasion. Neel Bhattacharya, who plays Nikhil in Krishnakohli, has posted multiple pictures on his social media account, that clearly indicate his excitement for Christmas. If you are a part of his 284K followers on Instagram, you may have already seen these posts. Watch Neel in Krishnakoli below.

If you plan to celebrate the festival in Kolkata like Neel, there are many key places around the state to do so. Park Street is the most famous among them. One of the largest Christmas carnivals in India, called Kolkata Christmas Festival, is held every year here, during the winter holiday season. Neel and his friend visited the carnival recently and shared pictures from their experience there. In one of the posts, he is seen posing happily in front of the colourful decoration, at this event. His caption reads: “Christmas means Park Street….”

In the second post, you can see the actor, dressed up as Santa Claus. With a red robe and a fake beard, he is set to spread Christmas cheer! His caption reads: “Be Someone’s Secret Santa. Spread Happiness”. The extravagant decorations in the background are proof that the actor likes to celebrate this festival in all its glory. While Neel may be a big name in the industry, he is humble and believes in spreading happiness, in the simplest of ways. This proves that aside from being a great actor, Neel is also large-hearted and caring. Many of us would agree with Nikhil. It is important for us to enjoy the simple joys of life. Festivals give everyone a chance to bring out their childish side. So, take a cue from Neel and get ready to enjoy your holiday with just as much spirit and enthusiasm!

His character Nikhil, is quite similar to how Neel is in his real-life.

Christmas 2019! Here’s How Our Favourite Stars Plan To Celebrate

3 Easy To Bake Recipes, Because There Is No Christmas Without Cake