Sourav Ganguly and his bond with the Indian team take us on a nostalgic trip. Read more to know how. 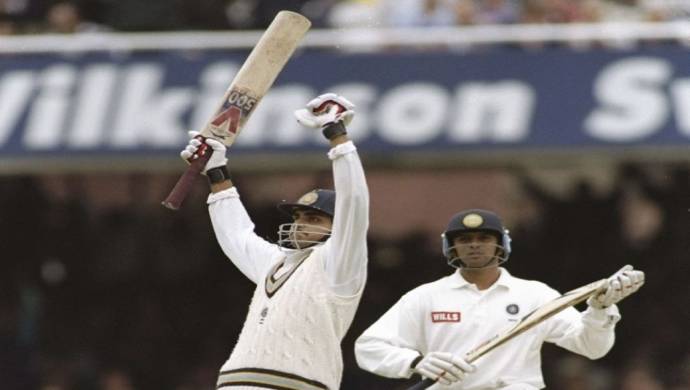 Sourav Ganguly, the beloved Prince of Calcutta, is one of the most legendary players in the history of Indian cricket. His game style, strategy and love for the game are unrivaled. No matter what, Dada has proven to be the best in the game. Right from the time he swore in as the captain to his retirement, the Dadagiri Unlimited Season 8 host’s journey with Team India has been memorable. Even with the mere mention of his name, so many classy memories pop into our heads.

He recently posted a picture on his Instagram feed. If you haven’t seen it yet, check it out.

This photo shows the cool and calm version of Dada that we all got to watch a lot. This picture was shot in Lords, and captures him celebrating alongside another great legend, Rahul Dravid. And whenever Dada posts a photo, friendly banter follows with either daughter Sana or his ex teammates. This one was no exception either. From Yuvraj Singh to Sachin Tendulkar, the comments section shows the respect and love he gets from them.

At the same time, the photo takes us on a nostalgic trip, making us miss all his great performances. Be it his epic comeback after the brief period of the main squad or his roaring victory celebration in Lords, there were many memorable moments indeed. Here are the four best Dada moments for you.

1. Proving Greg Chapell wrong: Everyone knows about the Chapell-Ganguly controversy. Right when BCCI (of which Sourav is now Chairman) and Chapell tried to keep Dada away from the main team, he shut their mouths with his game. Back during the South Africa tour, his incredible batting skills proved his worth. This performance led to the resignation of Greg Chapell.

2. The Lord of the Lords: While the team managed to enter the finals of 2002 tri-series, Team India was in a fix. However, India won against England. What we witnessed next is a scene, every Dada fan would always remember, he celebrated this moment as he removed his jersey in the Mecca of Cricket, The Lord’s.

3. His rage on the ground: Back in the day, Dada was a force too tough to be reckoned with. Eden Gardens, the home ground of the Prince of Calcutta has been lucky for the star. Be it the match against Zimbabwe or his famous test win performance of 2001 against the Australian team both are worth mentioning.

4. Double dhamaka in Bangalore: The left-handed batsmen scored his highest score of 239 against Pakistan in 2007. Yes, you heard it right, the star had scored a double-century back in 2007. The amount of happiness the fans at the M. Chinnaswamy Stadium had during this match is beyond words.