TRAILER REVIEW: Parineeta Looks Like A Gritting Tale of Love, Pain And Revenge 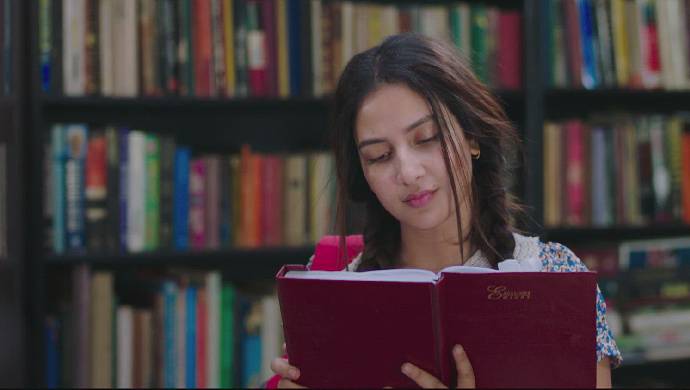 When it comes to tragedy that rises out of love, no one does it better than director Raj Chakraborty in present-day Tollywood. He has given us some unique romantic movies about relatable characters whose sufferings arise out of love. At the same time, their redemption too lies in the very thing that caused their downfall — love. His Bengali movies such as Bojhena Se Bojhena, Challenge and Chirodini Tumi Je Amar follow a similar pattern of unrequited love. Following his usual area of expertise, Raj’s latest Bengali movie, Parineeta, which releases on ZEE5 on December 6, tells a tale of love’s vengeful nature. Watch the trailer here:

Starring Honeymoon actor Subhashree Ganguly and Ritwick Chakraborty of Macher Jhol fame, Parineeta revolves around a girl’s relentless love for her tutor and the consequences that follow. The trailer gives us a broad picture of the events that shape up the protagonist Mehul’s (played by Subhashree) life. It shows us that Mehul, although a teenager, is madly in love with her tutor, whom she calls Babaida. As their friendship develops, Mehul dreams of marrying him one day. But things take a sudden turn when Babaida commits suicide.

This is where the trailer leaves us. We do see Mehul growing up, taking up a job at a multi-national company and perhaps conspiring something which might not play out well for her. However, the trailer keeps all that a secret and leaves us to contemplate what shape Mehul’s life might take following her beloved’s death. Coming from the director who is best known to kill off the love interests of the protagonists, it is no surprise that in the trailer itself we witness the death of a major character.

Alo Chhaya Is All Set For A Leap. Here’s All That You Need To Know

EXCLUSIVE PICTURES: We Got Shruti Das Aka Nayan To Pose For Our Cameras In Her…

The trailer certainly is pretty well crafted because it is almost an indication that this time, death does not serve the purpose of the consequence. It seems Raj has taken it a step ahead by creating a mystery around that death and it is this mystery which will gradually unfold in the approaching times. The trailer introduces us to the protagonist and gives us glimpses of her life, and it can be easily said it is a female-led movie which is a first for Raj.

So, what do you think? Will Raj be able do justice to a female protagonist? Let us know in the comment section below.

Nakshi Kantha: 5 Moments From The December 4, 2019 Episode That Stand Out