Trailer Review: Satyenweshi Byomkesh Promises To Be A Suspenseful Watch

This detective thriller has all the elements of murder, mystery and intrigue to keep you hooked till the end. 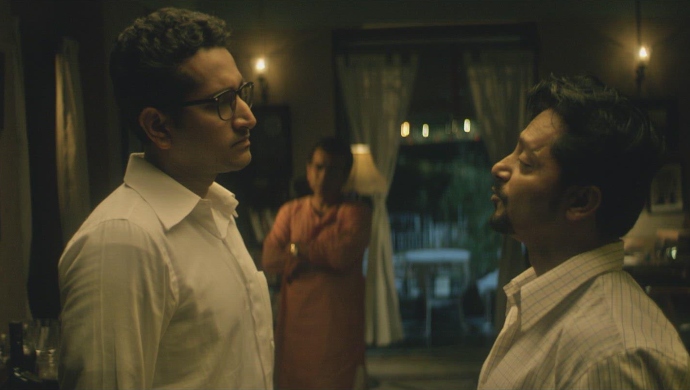 Byomkesh Bakshi, your favourite detective of all time, is back with a bang in Sayantan Ghoshal and Anjan Dutt’s Satyenweshi Byomkesh. Starring Parambrata Chattopadhyay as the sleuth Byomkesh, this film is an adaptation of the greatly loved Byomkesh Bakshi novel, Magna Mainak, by author Saradindu Bandhopadhyay. We get to embark on another case of crime with Byomkesh, as he solves the mystery of the murder of a beautiful young girl. Replete with colourful characters hiding unknown secrets, the film promises to be an intriguing watch that will keep you in suspense till the end.

The trailer takes off with Byomkesh asserting that his job and primary purpose is to uncover the truth. The handsome Parambrata portrays our iconic sleuth with conviction, capturing his steely grit and determination. He begins his pursuit in signature systematic style and we get a glimpse into the drama that unfolds. He questions a series of interesting characters, many of whom fiercely hold on to secrets they keep. One woman who is a singer refuses to answer “personal” questions and brazenly warns him that she is no novice at telling lies.

Satyenweshi Byomkesh also features mellifluous music, hints of political unrest, and drama within an expansive household — all elements in a plot that will keep you enthralled right until the very end. Premiering on March 6 on ZEE5, don’t miss this exciting new film!

Are you excited to watch this film? Let us know in the comments section below.

Fashion Friday Goals: 4 Looks By ‘Byomkesh’ Jisshu Sengupta In A…

Catch up with the latest in Bagh Bondi Khela, a thrilling series about a newly married couple only on ZEE5.

EXCLUSIVE BTS: Check Out These Photos From The Set of Nakshi Kantha