Watch Dev, Rukmini And Koel In The Superhit Movie Cockpit, For Free Today On ZEE5

Watch this blockbuster movie for free on ZEE5 and make the most of your Sunday in this lockdown period. 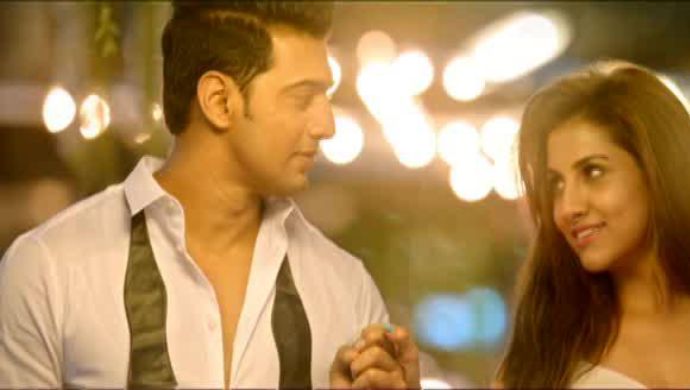 It’s Sunday and while it might not be the usual mangsho bhaat thanks to all the self-isolation and social distancing, but how about you replace the feast with a movie fest? To make the lockdown period entertaining, ZEE5 is streaming the superhit Bengali film Cockpit for free all of today. The latest Bengali film, starring superstar Dev, his rumoured girlfriend Rukmini Maitra and Koel Mallick, is available for watching today for free.

Superstar Dev has a message for you to #BeCalm #BeEntertained and watch Cockpit. Watch it here.

Watch #COCKPIT which is Inspired by True Incidents this #Sunday #5thApril only on @ZEE5India @ZEE5Bangla for free 🙏🏻🙏🏻 pic.twitter.com/QOzqtLAywn

Directed by Kamaleshwar Mukherjee, Cockpit is based on true incidents. It is the story of a flight from Mumbai to Kolkata which is hit by turbulent weather. Even as the pilot Dibyendu Rakshit (played by Dev) tries to land the plane, he faces additional challenges as the engines are damaged. Rukmini plays the role of air hostess Kirti Sachdev and Koel plays Dev aka Dibyendu’s wife Riya Rakshit.

Cockpit is a story based on true incidents. The story follows a flight that is going from Mumbai to Calcutta and gets hit from bad turbulent weather. The film will follow as the pilot, Captain Dibyendu Rakshit(being played by Dev) attempts to land the plane, even with damaged engines. Other important characters are Kirti Sachdev (played by Rukmini Maitra), an air hostess and Riya Rakshit(played by Koel Mullick), wife of Dibyendu Rakshit. This adventure thriller will keep you on the edge of your seats for sure. Cockpit boasts of a star-studded cast with big names like Prosenjit (who has a cameo), Paran Bandopadhyay, Priyanka Sarkar, Raj Chakraborty and Saayoni Ghosh playing important bit roles.

Watch the movie below:

Let us know how much you enjoyed the film in the comments section below.

Saturday Jukebox: 5 Songs By The One & Only Anupam Roy That You Must Add To Your Playlist