We Dare You Not To Laugh At Actor Suman Dey’s TikTok Videos!

He may play the serious Dr. Jashojit in Nakshi Kantha, but he is one of the funniest actors we know. 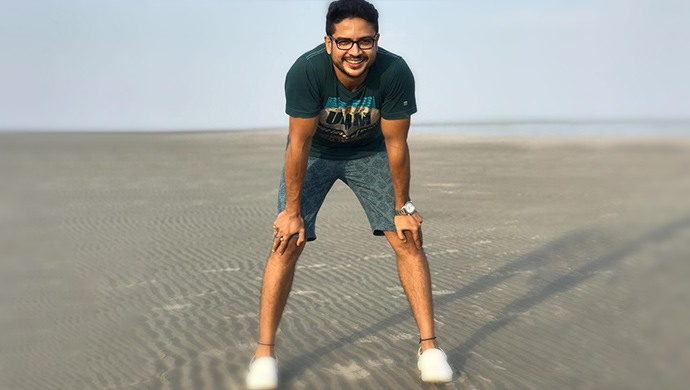 The latest Bengali TV show, Nakshi Kantha, has been quite a hit recently. The show’s protagonist, Dr. Jashojit, has already captured the audience’s hearts. After all, it’s hard not to be impressed by Jash’s character and dazzling looks. He is as intense as he is intelligent, and his maturity is another aspect that we love about him. Now, imagine such a serious young doctor on TikTok. Suman Dey, the actor who plays Jashojit, has been creating a number of TikTok videos, and his fans can’t stop giggling. Most of his videos feature our favourite 90’s Bollywood film dialogues too. Watch his videos below to see how he fares as a comedian.

Suman and his co-stars from Nakshi Kantha (like Swapnadip here) often get together to make these TikTok videos. And that’s some full-on entertainment in between the shots.

From Andaz Apna Apna to Hulchul, Suman chooses to act out dialogues that are sassy, satirical, and the ones that just lighten up your day. He has been posting these clips under the hashtag #livelovelaugh<3. We think it’s an excellent effort on Suman’s part to be spreading positive vibes in every way he can.

As for Suman’s own story, he started working as a model in college, as advised by his friends. Despite getting a job through campus placements, he chose to follow his dreams. Like many other stars who made it big in the entertainment industry, he moved to Mumbai and gave auditions. He even lived in a chawl and worked as a gym instructor to make ends meet. Fast forward some time later, Suman’s hard work paid off and he’s now one of Bengali TV’s leading actors!

Check out some more of Suman’s TikTok videos which will make you go ROFL:

Which is your favourite TikTok video of Suman’s? Let us know in the comments below.

For more entertainment, check out all episodes of the No. 1 Bengali TV show Trinayani on ZEE5.

Monday Motivation: Learn How To Do Split Squats Like Actor Arjun Chakrabarty