Featuring the crowd favourites Dev and Rukmini, this film packs in just the right amount of action and romance. Read more about the film. 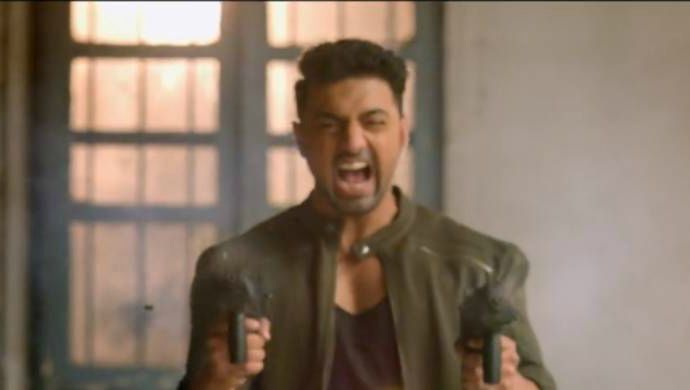 The new month brings in new entertainment on ZEE5. As you get set to celebrate the month of love, we got you a tale of love like never before. Get set to watch one of Tollywood’s most adorable pairs — Dev and Rukmini Maitra, bring to life a story set in the dark underworld of human trafficking in Kidnap. Directed by Raja Chanda, the movie pieces together quite a puzzle in crime with action and masala, especially in the second half. You can watch the movie on ZEE5 on February 12.

We last saw them together in a riveting performance in Cockpit, and Kidnap seems to be yet another film of the duo where they make their mark with a unique storyline.

If you haven’t watched the teaser yet, check it out.

Rukmini plays a photojournalist by the name of Meghna who investigates the identity and movements of a human trafficking group responsible for the disappearance of a young lady. Dev (who goes by his own name) plays a musician who spots the journalist at a club and falls in love with her and saves her from henchmen who attack her. At one point, they succeed in abducting her. How he battles government officials, media and the local ruffians to rescue her forms the running narrative of the story.

Whether you’re an admirer of Dev or a fan of movies about the fight between good and evil forces, Kidnap will make your day. It’s one of those classic Dev films where he builds up a larger-than-life, heroic persona. He really goes in all guns blazing in this one and does justice to the brilliant stunts choreographed by stunt master Rocky Rajesh. The film doesn’t shy away from gore either, making it a more intense Bengali commercial action film than what you normally see.

It’s not just gritty action you should check out Kidnap for. The film also tries to provide an informative angle to how rampant trafficking is, and makes the audience consider the perspective of a grieving father (performed by veteran actor Chandan Sen) in a not-so-everyday situation. At the same time, the movie provides more than enough relief to be able to deal with the seriousness of the issue.

Then there’s the love story of Kidnap that you might be charmed by. Established in the first half of the film, it follows the general fairytale sequence of events where the boy meets a girl, falls in love with her and saves her whenever she’s in distress. While you might wonder as a photojournalist would Meghna really need rescuing by one hero, the storyline as it stands has an interesting parallel. Just as Meghna is in the pursuit of the truth of the trafficking gang, so does Dev become involved in a pursuit of truth as he sets out to find her and bring her back. As for the enacting of the story, the chemistry between Dev and Rukmini adds quite an ‘aww’ factor to the film. The on-screen and off-screen couple will have you amused by their quips and gestures.

The music quite enhances the tone of the film too. Composed by Jeet, romantic numbers like Oi Dakche Aakash and Ami Tomake Bhalobasi attracted a lot of attention when they were released, and when watched in context of the movie they make for an even more delightful escape. The background score also pumps up the course of events with musical adrenaline, and might even be perfect to use as motivational gym workout music.

The film is also a must-watch for the visual treat it provides. Shot in a number of locations, Kidnap takes the audience through picturesque spots even as it shows how powerful and widespread the trafficking network is. Both dreamy dance numbers, as well as fight sequences, occur in the likes of Thailand, Dubai, and Malaysia – there’s never a dull moment in that regard.

Valentine’s Day: These Real-Life Tollywood Couples Are Giving Us Major…

With all the breezy entertainment Kidnap provides, it proves that you can never really go wrong with the Dev formula. Take a problem, add in cheerful perseverance, an action plan (quite literally), and a hero who can do it all. What you get is that timeless tale of a lone man’s fight for justice that lets audiences sit back, relax and get refreshed enough to hit the daily grind again.