A mix of healthy ingredients is what this actor kick-starts his day with. Details inside. 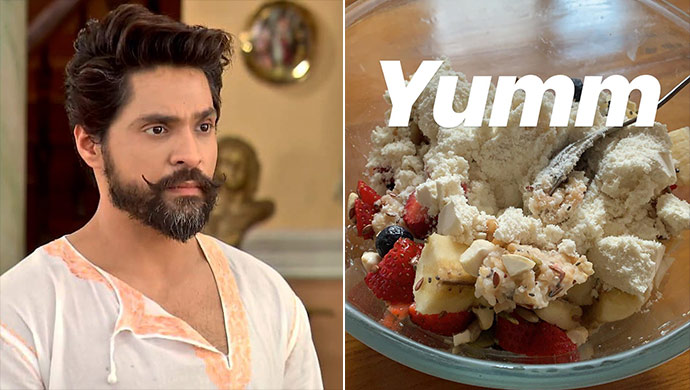 In the latest Bengali TV serial Rani Rashmoni, actor Gourab Chatterjee plays the role of Mathuramohan Biswas, Rani Rashmoni’s son-in-law and her most trusted aide. Rani Rashmoni (played in the serial by Ditipriya Roy) was among the biggest social reformers of Bengal. A formidable zamindar of Janbazar in Kolkata, she was one of the few Indians back in the 19th century who could give the British a run for their money. Among other structures that she got built, the most notable one has to be the Dakshineswar Kali Temple which is still a favourite destination of all dignitaries visiting Kolkata. It is also the temple where the noted saint Ramakrishna Paramhansa spent a considerable part of his life. Gourab’s character is one of the key elements of the serial. Watch him in the latest episode of Rani Rashmoni below.

Gourab is also majorly into fitness. We have often seen him posting his workout videos, inspiring us to hit the gym running. So what does a health-conscious person like him have for breakfast? We asked Gourab when he recently shared a photo of his breakfast bowl. Here’s what he has to say: “It has oats, almond milk, walnut, cashewnuts, almonds, bananas, blueberries, strawberries, whey protein, mixed seeds like chia, pumpkin seeds and flax seeds, and cinnamon.” Phew! Isn’t that quite an exhaustive list? If you are health conscious and like working out like Gourab does, maybe you could mix up all these ingredients and make your own breakfast bowl. Check it out here.

Inspired by Gourab’s workouts? Let us know in the comments section below.

Want to watch more of his acting prowess? Watch him in the ZEE5 Original Series Bhalobashar Shohor – Pori.

Watch A Beautiful Love Story Build Up Between Radhika And Karna In Ki Kore Bolbo Tomay. Watch Now On ZEE5

Republic Of Dance: Stay Entertained On Republic Day With These Amazing Dance Performances