When I First Came To Shoot For Dadagiri, I Thought They Would Get Rid Of Me: Sourav

From initial nervousness to dealing with fans, Dada reveals all before Sunday’s special episode of Dadagiri Unlimited Season 8. 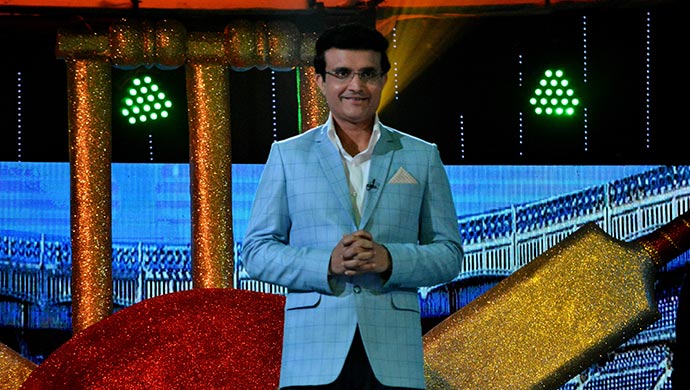 One of the most successful captains of the Indian cricket team. The Prince of Calcutta. Board of Control for Cricket in India (BCCI) president. Sourav Ganguly is all that and more. It has been a while since he has hung up his boots, but Dada continues to enjoy overwhelming popularity, both in West Bengal and outside. Sourav is also the host of the popular TV show Dadagiri Unlimited on Zee Bangla which is currently in its eighth season. And come Sunday, January 12, viewers will be treated to a special episode of Dadagiri Unlimited Season 8 – Maharaja Tomare Selaam – which will feature his Team India mates VVS Laxman, Virender Sehwag, Harbhajan Singh, Zaheer Khan and Ravichandran Ashwin. It will also have special performances by noted singers like Daler Mehndi and Usha Uthup among others. Watch the promo below:

Ahead of the special episode, we caught up with our favourite Dada over a quick phone call. Despite innumerable network interruptions and call drops, here’s what Dada had to say. Here are edited excerpts:

Q. This is the eighth season of Dadagiri. When you started, did you think that the show will become so popular? What did you have in mind when you were first approached to anchor the show?

A. No, I did not think the show would become so popular. My first approach was that I will do it. When I came in the first year to shoot, I thought they will get rid of me (laughs) because it was different and difficult and I had never done something like this before. But with time I have learnt it, mastered it and by God’s grace, it does well.

Q. Any episodes which were particularly memorable?

Rani Mukherjee Is Back On Dadagiri Again. This Time To Promote Her Movie…

Throwback: Here’s A Quick Recap Of 5 Top Team India Moments When Dada Was…

Q. Pretty much every participant is your fan. Lot of times we see participants who come on the show, they get gifts, make food for you, want to hug you. How do you deal with awkward requests from fans?

A. I deal with that. I never consider it to be an issue. Most of the time they have a lot of respect which feels very very good.

Quick Recap: All You Need To Know About The Greg Chappell-Sourav Ganguly Controversy