With Debdeep And Rahulda Beside Her, Will Shabnam Fight Back Against Rohini Now?

Or will she stick to her decision of giving a divorce to Jash? What do you think will happen in Nakshi Kantha? 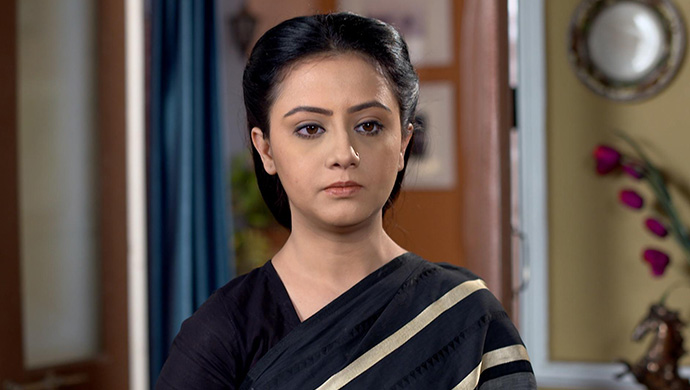 The unthinkable has happened in the latest Bengali TV serial Nakshi Kantha. Jash (played by Suman Dey) has fallen prey to Rohini’s conspiracies and his own emotional weakness and finally married Rohini. Shabnam (played by Manali Dey), has got her memory back just as Debdeep was about to apply sindoor on her forehead and rushed to Jash’s house to reunite with him.

But as fate would have it, the only person left at Jash’s house was his mother, who hates Shabnam and is all for Rohini. And even though she refused to tell her where Jash is, Jash’s mother did let it slip that Jash has gone to Rohini’s house. With Debdeep by her side, Shabnam rushed there, but by the time she reached, the wedding was complete. Jash was now married to Rohini. A heart-broken Shabnam declared that she will divorce Jash and left from the wedding hall with Debdeep.

Back at Debdeep’s house, Debdeep’s parents acted as Shabnam’s support, saving her from embarrassment in front of the guests and neighbours. Rahulda, Jash’s friend and who is like a brother to Shabnam, meanwhile, spoke his mind to Jash and Rohini at the wedding, clearly saying that now that he has seen Shabnam, he doesn’t support the wedding. When Jash says that he wants to meet Shabnam and ask her what she saw in Debdeep, Rahulda hits back and asks Jash that what if Shabnam asks what Jash saw in Rohini that he married her again after divorcing her? Watch the latest episode below, before TV.

Not just that, in the latest episode, we see that Rahulda goes looking for Shabnam and reaches Debdeep’s house. He tells Shabnam that he is with her in her fight for her rightful place next to Jash. Debdeep also says the same thing, telling Shabnam that since she is still alive, Jash cannot marry anyone else. However, Shabnam seems adamant on a divorce, hurt by Jash’s conduct.

Do you think Debdeep and Rahulda will convince Shabnam to fight back? Or will she let Rohini be by Jash’s side? Let us know in the comments section below.